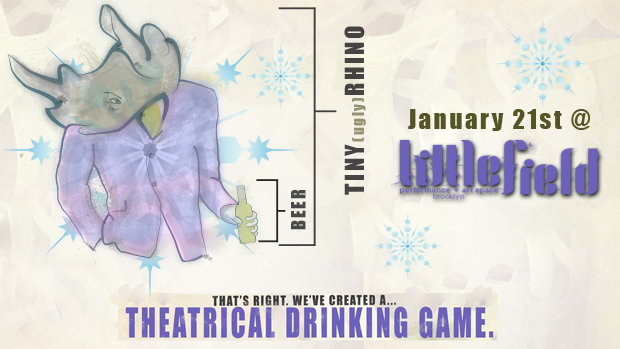 Brett will be playing the role of Atticus, a Southern waiter, in Abby Rosebrock’s new piece called HOW ABOUT WE?, to be presented as part of TINY RHINO: WINTER EDITION!

TinyRhino (presented by UglyRhino Productions) is a theatrical drinking game!  Every time one of the five elements is presented in a piece– take a sip!

TICKETS ARE $10 and include a free drink!