WOMEN is back; RULE OF 7×7 underway

Brett is performing at the PIT every Tuesday night in the smash hit WOMEN by Chiara Atik!
[info: here
tix: here]

The first review is in!

NYTheatreNow says: “Director Stephanie Ward keeps the pace up at an almost screwball speed, which at time elicits applause from the audience, though she does find moments of poignancy to land. Atik’s Womenis definitely a fun time.” 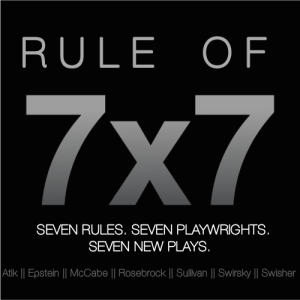 Brett is also writing a new play for RULE OF 7×7, the 5th installment of the RULE OF series he produces & writes for.  The evening will feature 10-mi plays by 7 playwrights.  Showtime: Sun May 11 @ 7p

Brett’s play is a comedy set to star Krystina Bailey and Alex Mandell; Brett has previously worked with these fine actors in his piece Slaves of our Lives.
[info: here
tix: here]